Stellantis to source its lithium-ion batteries from SVOLT

Share on FacebookShare on TwitterShare on LinkedInShare via TelegramSend To WhatsApp

Stellantis as one of the major automotive groups is a ways behind its rivals when it comes down to electrification, but now it is quickly doubling down to EVs. It has announced an investment of over $35 billion for EVs and pledged to become a mostly EV first company in the next four years, As a part of this, now it has been revealed that from 2025 onwards it will be using only SVOLT batteries.

SVOLT Energy Technology will be supplying its lithium-ion batteries sourced from the SVOLT plants in Germany and China. SVOLT is already investing $2.4 billion to build a gigafactory in Germany which has an output of 24 GWh.  The production of which will start by 2023 soon after which it will start supplying Stellantis.

“From 2025 onwards, Stellantis will also source its lithium-ion batteries from SVOLT. SVOLT will provide Stellantis with a broad product portfolio for this purpose, from battery cells and high-voltage storage systems to battery management systems. For the order, SVOLT will use its production capacities in China and future production capacities in Europe,” it said in a statement. 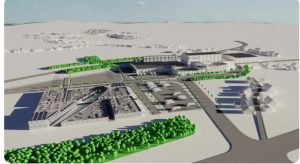 It is making a gigafactory in Europe to serve its European customers like Stellantis.

PSA already had an arrangement with SVOLT so after the PSA merger with FCA to form Stellantis, this news isn’t surprising. Stellantis counts SVOLT, ACC, CATL, BYD, Samsung SDI and LG Energy Solutions as its battery suppliers.

“We are very pleased to have won such a renowned customer like Stellantis for our high-quality lithium-ion batteries and battery systems and to be able to supply them with batteries in the future,” said Maxim Hantsch-Kramskoj, Vice President Sales & Marketing SVOLT Europe.

SVOLT hasn’t revealed much either about the volume of batteries or the chemistry. That being said, SVOLT has already announced its intention to make cobalt-free Nix lithium-ion battery cells with an energy density of 240-245 wh/kg. It started mass production of these batteries in April in its Chinese plant in Jintan.

(Except the headline, the news is not edited by The Edge Media staff)

Covid-19 pandemic is now in the “early stages” of the third wave : WHO

Priyanka Tibrewal will file her nomination for the bypolls at Bhabanipur

Lawyer-turned-politician Priyanka Tibrewal will file her nomination for the bypolls at Bhabanipur assembly constituency in Kolkata on Monday after the...

Women in Afghanistan can continue to study in universities, including at post-graduate levels, but classrooms will be gender-segregated and Islamic...

Raqesh Bapat opens up to Neha Bhasin about Shamita

Raqesh Bapat was seen expressing his views on his relationship with co-contestant Shamita Shetty in a new promo shared by...

Queensland, Australia's third most populous state, said on Sunday it does not need to order a lockdown after it detected...